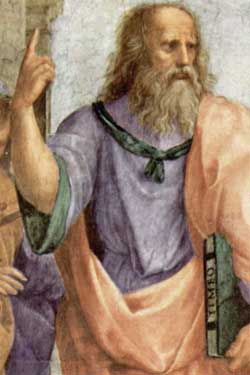 It is said1 that when he was near his death, Plato had a dream in which he saw himself changed into a swan, and that as this swan he flew from tree to tree giving his pursuing fowlers the greatest difficulty in trying to net him: I don't think we need much imagination to see that the symbolism of this romantic tale is most apt. Of all the philosophers whose writings have survived more or less intact, Plato is, I think, the most difficult to feel that one has him and his meaning properly netted and secure.

This is for three reasons: firstly, the presentation of his teachings in dialogue form gives a remarkable fluidity to the truths that Plato wants us to consider; secondly he writes as a poet, and has the same approach to words as the best of poets – compressing layers of meaning into seemingly simple sentences; thirdly, he makes it very clear in both the Phaedrus and his Letters that he considers the written word to be inferior to that spoken between master and pupil – so that even when we feel that we have understood any particular written doctrine, we must still wonder whether or not this was Plato's final position on the matter.

Such is the extraordinary luminosity of this philosopher who after almost two and a half thousand years still speaks and questions his readers concerning the most fundamental matters of reality and selfhood, that it is all too easy to see him as a single isolated phenomenon – in the same manner as the light of the sun blots out any view of its fellow stars during the day. But this is a trap which will immediately run us into trouble, and one thing is certain: Plato would not have considered himself a Platonist. Every dialogue pays tribute to earlier thinkers – some obviously, such as Socrates, Aristophanes, Zeno and Parmenides who are actually given parts in the dialogues, some less obviously, such as Anaxagoras and Empedocles who are named in passing; some largely by implication such as Pythagoras and his disciples, whose doctrines concerning number underlie such works as the Timaeus; and some much more mysteriously, such as the founders of the mystery cults, the tellers of mythic stories, and poets.

When one steps back to see Plato within a pre-existing tradition, it then becomes equally obvious that he was also expecting his writings to be a part of a continuing tradition. So although this article concentrates upon Plato, it should be read as an introduction to the Platonic tradition, rather than to the philosophy of one man: in particular I will draw upon the writings of the Platonists of later antiquity (usually but inaccurately called the Neoplatonists) who, in the face of a new religion and general worldview, attempted to put into their written commentaries and treatises some of the more subtle truths which Plato himself had been content to leave either entirely within the oral sphere, or towards which he had only hinted in his dialogues.

At the end of this article I offer a summary of the basic concepts of the tradition, but before that I will arrange my discussion into three main areas – metaphysics, psychology and ethics. In the first section we will consider the whole of reality, and the relationships between the different levels of that reality; in the second section, we will look at the nature of the soul, and especially the human soul, with all of its powers and faculties; in the third, we will consider the journey of the soul as she attempts to establish the right relations to the various elements of the "metaphysical all" in which she finds herself.

Endnotes are found in Part 5: Summary. 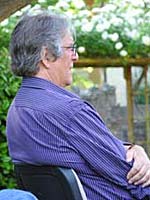 Tim Addey is a published author and chairman of the Prometheus Trust, a charity that has published many of the key texts in Platonic philosophy. Please visit the website of the Prometheus Trust for further details at : www.prometheustrust.co.uk. His books include The Seven Myths of the Soul and The Unfolding Wings: The Way of Perfection in the Platonic Tradition, and co-author of Beyond the Shadows: The Metaphysics of the Platonic Tradition.