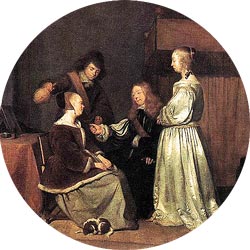 Babs gained her diploma from the Faculty of Astrological Studies in 1984 and went on to become its Vice-President. Babs is a Fellow of the Association of Professional Astrologers International, and was appointed to the Advisory Board of the National Council for Geocosmic Research in 2001. Babs was a member of the Sophia Committee whose remit to establish astrology in universities was successful. Babs has been a Urania Trust trustee since 1998.

Jonathan became Treasurer of the Faculty of Astrological Studies late in the 1970s. In 1981 Jonathan became Treasurer of the Urania Trust and became Chair of the Urania Trust in 1999 when Charles Harvey was forced to retire through illness. Jonathan was fortunate to be at the first English language conference given by Bruno and Louisa Huber at the University of Exeter in 1983 which lead to his qualifying in Zurich for their Dip API in 1985. He supported Richard Llewellyn and Pam Tyler in establishing a UK Huber School which has now developed into the Astrological Psychology Association. Jonathan has taken courses at the Westminster Pastoral Foundation and the London School of Psychotherapy but after 1985 concentrated on his professional practice as a chartered accountant. He retired in 2017.

Lindsay Radermacher has been part of the UK astrological community since the seventies, as a teacher, lecturer, member and chair of many of the major astrological organisations and Trusts. She was President of the Faculty of Astrological Studies (1986-95) and a founder of the Association of Professional Astrologers International. She has an MA from Somerville College, Oxford, and recently completed a postgraduate research degree on the role of dialogue in astrological divination at the University of Kent. Her current focus is working with clients, small group work and supervision - and the sheer enjoyment of a life steeped in astrology. Her practice is in London.

Christeen was Chair of the Astrological Association of Great Britain, is a Trustee of the Urania Trust and a Director of Cityscopes London. She is also Chair of the Advisory Board for the National Council for Geocosmic Research and a Director of the Alexandria I-base Library working to preserve texts and documents. Her written works include Exploring the Financial Universe and The Beginner's Guide to Financial Astrology. In 2017 she became a Fellow of the Royal Society of Arts.