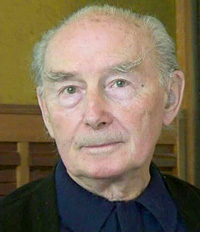 André Barbault was a prominent French astrologer and writer, the author of over 50 books. His older brother Armand wrote about astrology and occultism and André began his studies with his brother in 1935, aged 14. He became an active member of the Centre International d'Astrologie from its inception in 1946 and served as its Vice President from 1953 to 1967. Later he began to pioneer computerized horoscopes to the public under the name Astroflash and founded the magazine L'Astrologue in 1968.

Barbault's special interest has been in Mundane astrology and how planetary cycles connect to world events as they play out. Until recently little of his writing has been available in the English language. However, in 2014 the Astrological Association of Great Britain published his The Value of Astrology and then in 2016 Planetary Cycles Mundane Astrology. See below for his main publications in French.

His work on natal astrology has been directed towards a synthesis with the concepts of Freudian psychoanalysis (see below). In 1995 his Royal Stars contained all the horoscopes of reigning royalty that were known to have accurate birth times together with Barbault's comments and reflections on each chart. The prologue and epilogue to that book cover his general views on natal astrology.